How to throw a tennis-themed Halloween party

Halloween is one of our favorite times of the year, it provides the perfect opportunity to get to together with friends and family to celebrate the spooky season. Over the next few weeks, tennis clubs across the country will be throwing their own Halloween themed tournaments and parties. The team at Tennisletics have put their heads together to give you some spine-chilling ideas to help throw the best Halloween party this year! 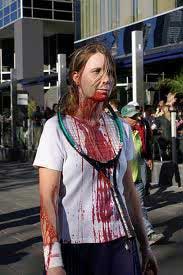 Halloween is the perfect time to let your imagination run wild and go all out with your fancy dress ideas. Tennis themed Halloween costumes can range from anything from the simple retro tennis stars to gruesome undead players returning from beyond the grave. Fake blood and Halloween - the best doubles partnership since the Bryan brothers. Get creative this year and pull off the ultimate zombie tennis player by making the most of your old rackets and balls to create a killer look. 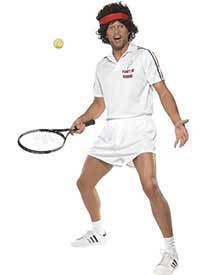 Don’t fancy going all out with the fake blood this year? Why not recreate some famous looks and go as your favorite tennis star. Throw it back to the early days of the sport with a classic retro outfit or go back to the 80s with a John McEnroe inspired outfit.

If you’re throwing a party at your tennis club you can keep the party going with some spooky themed drills and games. One of our favorites is Graveyard or Hot Seat (but that doesn’t keep in the Halloween spirit). The players are split into two equal teams and then line up single-file on opposing baselines. The instructor feeds the ball to the first player on either side, who returns the ball over the net to the first person in line on the other side of the court. They then quickly run to the back of their line and the player behind them takes their place at the front. The first player on the other side will return the ball and also run to the back of their line with the player behind them replacing them. The players continue to play one shot and run to the back of their line until the point has finished. If a player loses a point on their turn they lose a life. Once a player loses all of their lives they must kneel down on the service line (like a headstone in a graveyard) and attempt to volley the ball back to the opposition in order to rejoin their team. However, if they miss the volley, the player at the baseline will lose a life. The team that manages to get all of the other players onto the service line first wins. This is a really fun game to play with players of all age and ability. It also helps students improve their decision making as they are trying to make it harder for their opposition, additionally, playing a simple shot could make it harder for their teammate behind them. 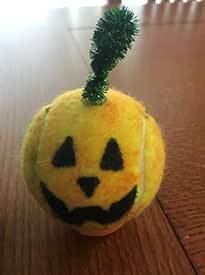 The decoration is everything when it comes to throwing the ultimate Halloween party, it’s the perfect time of year to get your DIY head on and get your creative juices flowing. Make the most of your old tennis balls with these fun DIY Halloween decoration ideas. A Halloween party is a great chance to bring your tennis community together for a night of spooky fun.