Dennis Ralston is a right-handed, former American tennis legend whose playing career spanned the 1960s and 1970s. After numerous NCAA titles and USC, he won five major doubles crowns and Davis Cup wins for the United States both as a player and captain. Dennis was coached by the great Pancho Gonzales. As a 17-year-old in 1960, he and 21-year-old Osuna became the second-youngest Wimbledon Gentleman champions in history. After retirement in 1977, he coached Chris Evert, Gabriela Sabatini, and Yannick Noah, then embarking on a college coaching career at SMU. Joined International Hall of Fame in 1987.

"If you don't learn anything losing a match, it is a waste of time..."

Dennis Ralston, "All The Little Things"

We had the privilege of recording three amazing podcast tracks with Dennis for MINDBOX.

All The Little Things

Tennis is won or lost over a few points. Learn how all the little things add up and can change the course of a match or career.

Hear about concentration through a powerful story about Dennis playing at Wimbledon as 17-year-old in 1960 and what he discovered.

Hear epic Davis Cup stories to understand the true value of playing best of five sets and what you can learn from longer matches.

Dennis was recently diagnosed with a cancerous lesion on his brain and underwent brain surgery to have it removed.  He has been recovering in Houston at Baylor Luke's Rehab hospital where he had radiation treatment soon and returned home.

Funds are being raised to help Dennis and Linda with their medical and miscellaneous expenses while he works through his recovery. 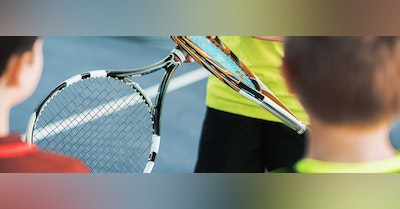 The highs and lows of being a tennis parent

My name is Joe, and I am, amongst other things, the father of a UK-based junior tennis player called Otto Friedlein. I play tennis myself but have never …